Vienna is the capital of Austria. The population of the city is 2,3 million people, including the suburban residents, and it is more than a quarter of the population of the whole country! This is the city where the headquarters of many international organizations, such as OSCE, OPEC and others, are situated. The Vienna living standards have been recognized as the best in the world for four times. Low budget vacation in Vienna can be exciting and educative. All you need to do is use our website.

History of the capital of Austria. Information for tourists

Thanks to the perfect environmental conditions, the first settlements appeared on the territory of the modern city during the Neolithic period. The history of the city begins in the middle of the I century AD. At that time the city was an outpost, where the Roman Legion XV was located.

In the middle of the XII century Vienna becomes the residence of the Dukes of Austria (Babenberg). The Ottoman Empire tried to capture Vienna many times but all the attempts were in vain. The city suffered under the plague epidemic that started in 1679.

Today Vienna is one of the most important cultural centers of the world, especially thanks to its musical heritage.

The ХХ century wasn’t the best period in the history of the city. Constant occupations left their mark on the wealth of the capital of Austria. In the middle of the ХХ century the city became free again. The reconstruction and cultural renovation began. Today last minute deals to Vienna are very popular because there are many places to visit and things to do in the city.

It’s not easy to name all the landmarks in Vienna. That’s why we will tell you only about the most important of them. Low budget vacation in Vienna is a great chance to visit the St. Stephen’s Cathedral , the Hofburg (the Habsburg residence in Vienna), the Hundertwasserhaus, the Vienna State Opera. Don’t forget to visit the Vienna International Centre (the UNO City).

Local zoological gardens are also great places to visit. They are the Lainz Zoo, the Schönbrunn Zoo and the House of the Sea in the Esterhazy Park. Last minute deals to Vienna will let you enjoy the music thanks to the Vienna State Opera, the Vienna Philharmonic Orchestra and the well-known jazz band Mnozil Brass.

Low budget vacation in Vienna is a chance to feel the atmosphere of the ancient times and enjoy the beauty of modern buildings at the same time. Vacation costs depend on the time of the year, length of the trip, the hotel and other factors. With the help of our website you will spend a wonderful vacation on the low budget!!

Original prices suggested by the hotels and airlines in Vienna 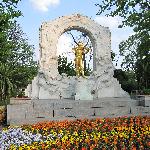 Having travelled to many cities around the world I can honestly say that Vienna was one of the most beautiful. The architecture is simply stunning and pictures cant really do it ju next... stice. I was only there for around 4 hours but you could easily spend More on TripAdvisor